Maha Bali has a great post on getting to the source of faked Trump video. She does a great job narrating her process, along with reflecting on it, so I’ll just suggest you go to her blog and read it now. It’s well worth your time. In particular, two things jump out at me — the domain knowledge that red flags the content and the realization that to debunk the video requires finding the original video from which it was made.

Now that you’re back (you did read it, right?) it reminds me of a technique many people not be aware of — you can search dialogue on the major U.S. news programs via the Internet Archive.

So for example, once you get to the point where you know you’re looking for Trump saying the phrase “Sea of Love” you can head over to the Internet Archive TV News Archive page for “tremendous sea of love.” And right there, the second result, is the video that has been altered, along with the ABC chyron: 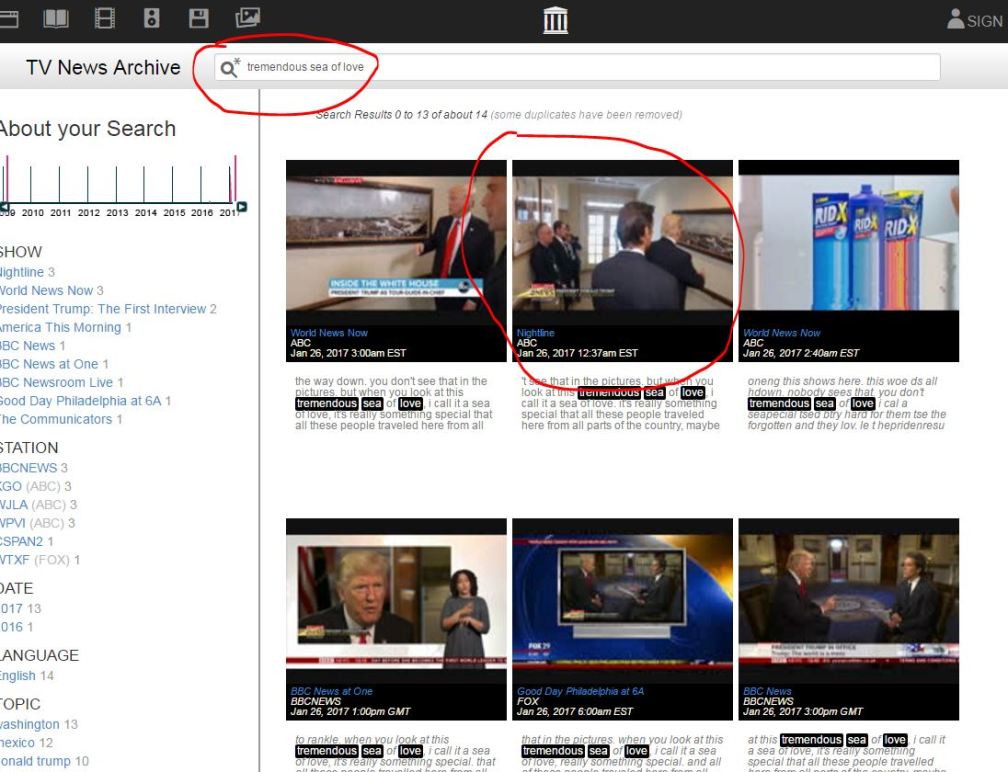 There’s also a specialized Trump collection on the site if you just want to search the clips in which Donald Trump plays a part.

We can use this for other things as well. For example, we might want to fact-check whether Mike Pence agreed with the “Muslim Ban” during the later part of the campaign. So you can check that by going into the Trump archive and typing “pence muslim ban“. 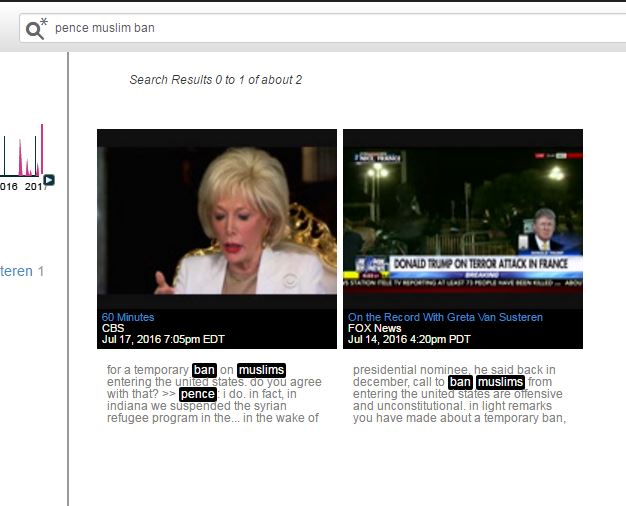 When you click on that, you’ll see Mike Pence agreeing directly with that particular language.

Why is this important? So much of what our leaders communicate is now over the air, with very little written record. Resources on  sites like these (what do we call these? The “gray web”?) are not indexed by Google, but are freely accessible and provide irreplaceable functionality for fact-checking civic discourse. If I spent some of my time as a student many years ago learning how to use specialized library databases, surely we can have our students spend some time learning tools like these, right?