One thing people may not realize is I use the exact same techniques we teach to students in my daily work. The skills we are giving students aren’t some dumbed-down protocol. They are great habits for reporters, researchers, and other professionals as well.

As an example, this article came up in my news alerts this morning. 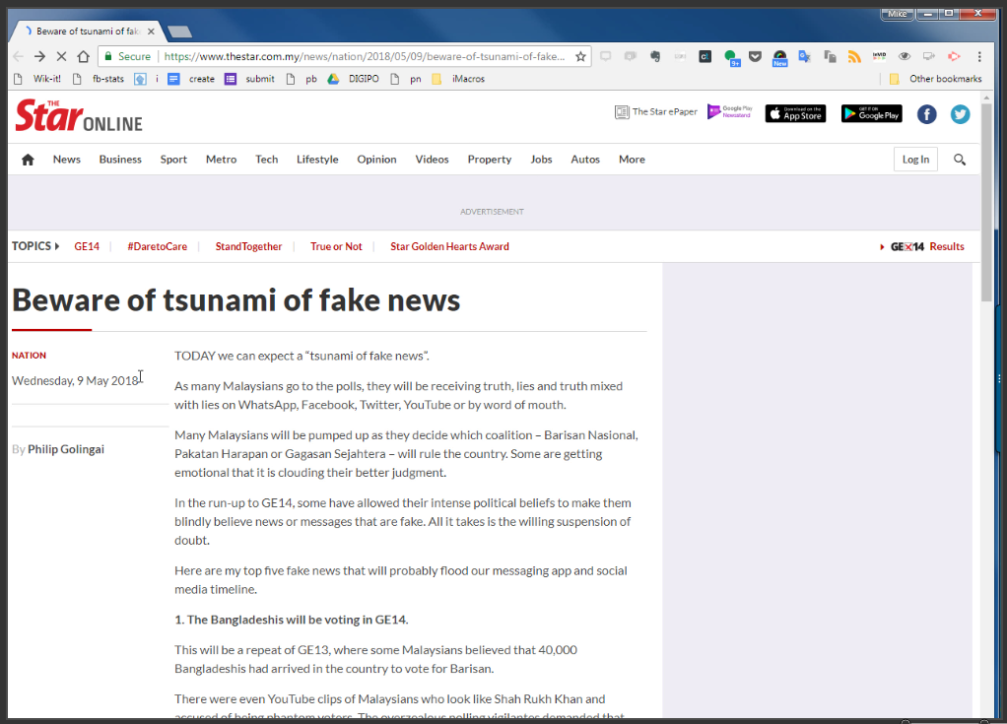 I’m interested in fake news in Southeast Asia, so I’m glad to read analysis and opinion from a place like Malaysia, but I want to source-check, even if I think I know this source. So we strip off everything from that URL and add Wikipedia.

This pulls up a relevant Wikipedia page: 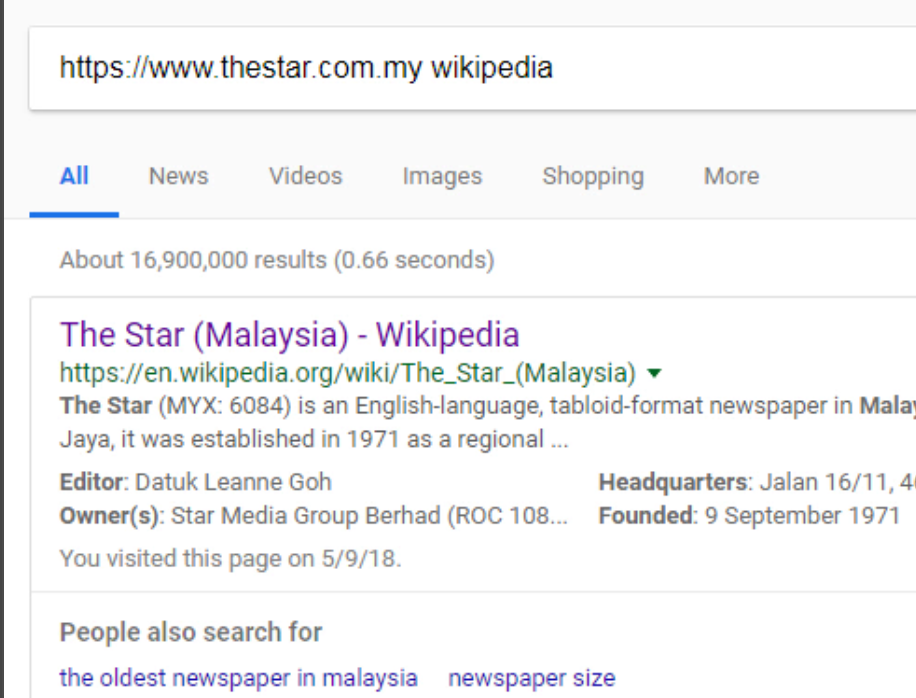 And clicking through we are reminded that The Star is effectively owned by the Malaysian government.

And then we’re back to the article after a 30 second detour.

For the record, I still read the column, but I didn’t share it, and if had had shared it I would have noted that it was a legitimate news source to some extent, but possibly compromised by its ownership. Sam Wineburg has talked about this process as taking bearings, and I like that term a lot. Before trudging blindly into an article, pull out the compass and the map and figure out where you landed. It’s so simple to do, there’s really no excuse for not doing it.

(I should note that I’ve elided a number of things I do know about Malaysia and government propaganda there for the sake of clarity in this post — but the truth is if I have any doubt about the source at all I use the process, just the same as a novice. I had a vague memory about this precise ownership issue, but the process is always likely to give me a better result than my unaided memory. And it’s actually less cognitively demanding as well.)

(EDIT: changed “heavily compromised” to “possibly compromised” since the initial wording expressed more certainty than I had wished to portray. Legitimate news organizations with ownership issues are often fine on many issues, whether a particular news item might be influenced is contextual.)

5 thoughts on “Taking Bearings on The Star”