A lot of people have been tweeting and emailing me and DM-ing me the recent Guardian piece by Iran’s “blogfather”.

You should read it yourself, but in short it is the story of a man sent to jail for blogging in Iran at the height of blogging’s influence and coming out of jail many years later to find that Facebook, Twitter, and Instagram have “killed the web.” And this is true. And it’s horrific. You need to read the article to remember why this fight matters.

In a related conversation yesterday we were talking about the New York Times article featuring a cast of merry Luddites talking about escaping the endless grind of Facebook and the stream.

But that’s delusion at best. Facebook, Instagram, and Twitter won because they solved problems that the open web repeatedly failed to solve. To some extent, they became evil because they won; they didn’t win because they were evil.

If you want to make a difference in this fight it’s important to understand what those issues they solved were, and to provide open solutions to them. A lot of the things that made Facebook what it is revolve around gaps in HTML and HTTP that once the web got up to speed never got addressed.

What we have learned over time is that people don’t want to go to 80 different sites, with different interfaces, layouts, and ads to read. They want, mostly, to go to one site with a standard layout and look at things there.

Maybe you love to go to 80 different sites a day. Maybe the visual diversity and experience of learning a new interface every five minutes is super-appealing to you. Maybe you think everyone is just being lazy IT’S NOT THAT HARD GUYS AMIRITE?

Great. You get a gold star. But you’re why Facebook won. For most people that “visual diversity” looks like 1970s commercial sprawl: 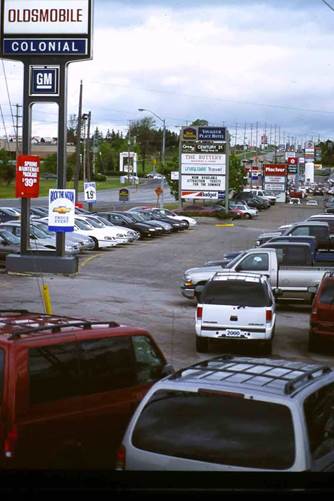 This is what browsing the web feels like today. 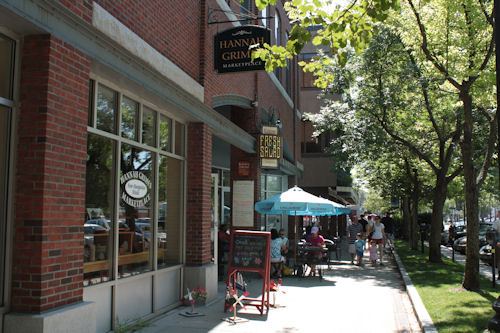 It feels like a carefully crafted downtown, full of many different things but where building codes have enforced a standardization of design.

Before you protest much, do you remember what your day looked like at the height of blogging? I remember what it looked like for me — it was Google Reader, all the time. And what Google Reader did was strip out all that graphic design we had worked so hard on so we didn’t have to deal with it, and we could read in a peaceful, quiet manner, in a standard interface.

Or engage in a thought experiment. Imagine that every email you got during a day had different fonts, headings, layout, navigation, and scrolling bar behavior. Wouldn’t that be fun? Or even better, every email forced you to click, and go read it on a beautiful custom-designed website. Then you would reply by making that person come to your website and emailing them a link to your new GeoCities creation. Wouldn’t that be awesome?

No? Well here’s the thing. People read the web now at the level they read email — they look at a lot of stuff. And what they want (and what many people continue to shame them for) is a standard interface that allows them to do that without feeling stressed.

You want to win against Facebook? Let go of the idea of people reading your stuff on your site, and develop or support interfaces that put your readers in control of how they view the web instead of giving the control to the people with the servers. Support people looking into federated recommendation systems. Make friends with the idea of full copies of your stuff flowing across the web instead of links.

There’s a way out of this that brings back a diversity of viewpoints on the web. But we will never get there if we require people to read our stuff on our site.

NOTE: People that don’t understand federation or syndication may think I am saying that we just have to make peace with the Facebooks and Twitters of the world. I’m not. I’m saying that we have to build a federated system with less ego, one that has the affordances of Facebook but on a distributed platform. Read my old posts on Federated Wiki if you want to see what that looks like.

40 thoughts on “Why Facebook Won, and Other Hard Truths”